The LV is divided into three unequal size sections: BASE (mitral annulus to the start of the papillary muscles), MID VENTRICLE (papillaries to the distal third), and APEX (distal third). This image is from 123sonography.com. 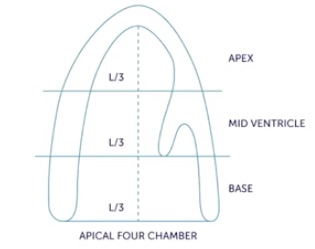 There is then a circumferential division of the LV into six zones (only four in the apex). These are labeled on the following basal PSAX. 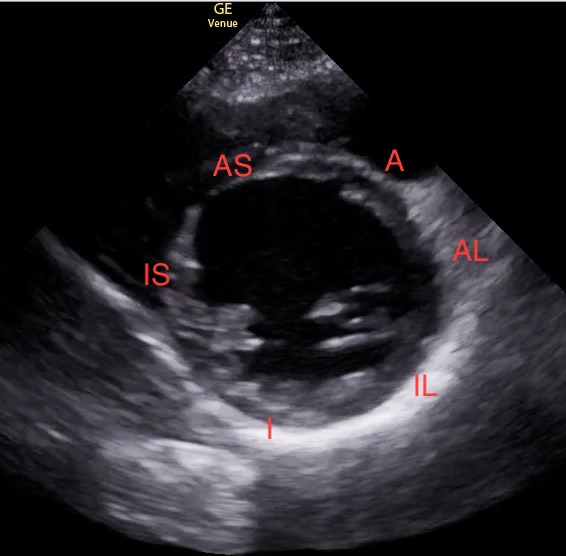 Going around the circle starting with the upper right are the Anterior, Anterolateral, Inferolateral, Inferior, Inferoseptal, and Anteroseptal segments. The two terminologies are combined to describe the location of a wall motion abnormality (e.g. basal inferolateral).

The routine PLAX of the heart is a section through the anteroseptal and inferolateral segments, as shown on the following image. The apical3 shows these same walls (with everything tipped up), but the apical region may be better seen. 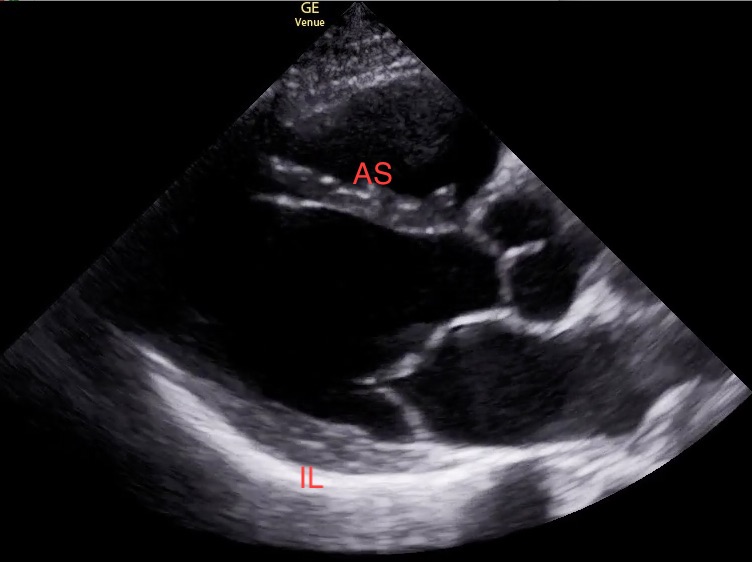 A PLAX shows only 2 of the 6 segments of the LV and only the basal and mid-LV portions of these. A PSAX may only show 4 or 5 segments well, because the lateral LV may be partially obscured by lung and the apex is rarely seen in the PSAX. Thus, the parasternal window is usually an incomplete view of the LV.

The standard apical4 shows the inferoseptal and the anterolateral LV as shown on the following image. 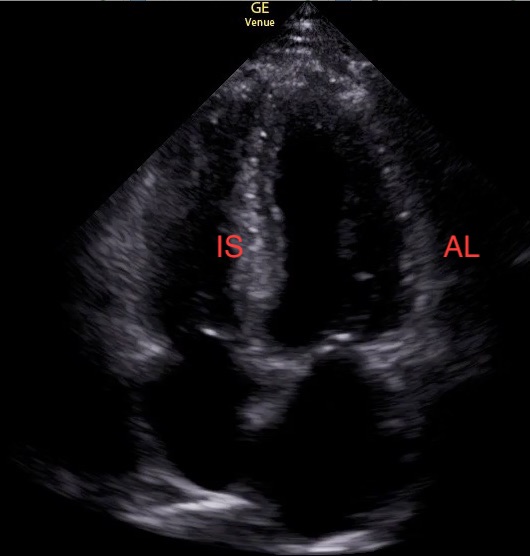 The more elusive 2 segments of the LV are the true inferior and anterior and these are best seen with the apical2 as shown in the next image. Inhalation may sometimes bring the anterior wall into better view. 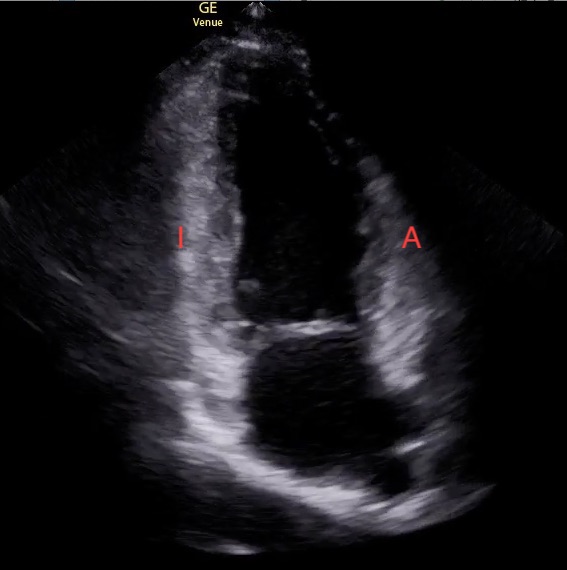 As noted in the previous chapter, a subcostal short axis may be able to create an image similar to a PSAX allowing a good assessment of radial function and LV segments. However, the doughnut of the ventricles is rotated about 90 degrees clockwise on the screen so care is needed in identifying an abnormal segment.

When abnormal wall segments are identified, the next image identifies the coronary perfusion of the different regions of the heart. This image was taken from the American and European echocardiography societies publication on cardiac chamber quantification in J Am Soc Echocardiogr 2015; 24:1-39. 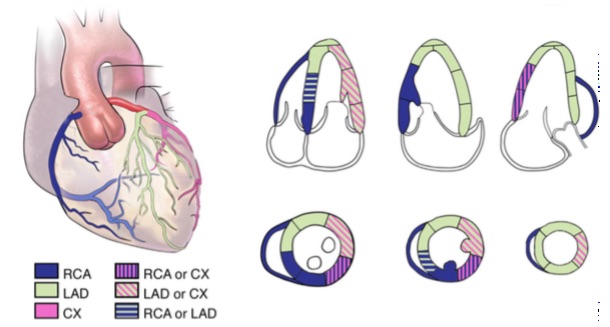 Notice that over half the heart has two different ways that it can be perfused, so we don’t emphasize naming a culprit coronary artery.